Archive for the ‘Sociology’ Category

In 1971 John Lennon and the Beatles released “Imagine”.

Here are some of the lyrics:

Sounds seductive, doesn’t it? Is this what we should be aiming for? Should we join him? Irreligion is gaining traction within western society, including Australia. It promises happiness and freedom of expression, but does it deliver? Is it good for society or our mental health, and can it provide any ultimate meaning?

While Christianity is growing in non-Western countries, regular church attendance in Western countries has experienced steady decline over the last 100 years. Not only this, but Western social values have diverged from traditional Christian positions and Christianity is often scorned and ridiculed. Many are so prejudiced that they assume that Christianity is not worth considering. Any caring Christian should be concerned. What are the causes of this? Is it inevitable or what can we do about it?

The format of this meeting is slightly different. We have 2 speakers who provide complementary perspectives.

Gordon obtained his geology degree in University College London, and a PhD on ‘The Hydrology of the Oman Mountains. Since then he has worked for the Institute of Hydrology (UK), Flinders Uni (8 years), as a ‘Chief Technical Advisor’ (for the United Nations Development Program in Yemen), a stint as a visiting Fellow of the Australian Academy of Science (Taiwan), and as a water resources and/or climate-change consultant in about 30 other countries.

Kevin Rogers is the director of Reasonable Faith Adelaide. He is also a researcher, lecturer and research supervisor at the University of South Australia.

Gordon and Kevin’s combined presentation is available on YouTube.

Where is Christianity at today?

On one level, it is impossible to answer that, given we’re discussing a phenomenon that includes 2 billion people from an astonishing array of backgrounds, cultures, denominations, and with varying levels of devotion.

The answer is that the Church is the same as it always has been, and also completely different to what it’s ever been before. This is because the Christ that is its Head, it is always the same, yet is also incarnating into the shifting cultures and situations that humanity experience. Exploring this, in light of its past, as well as peering into the future a little, is an exciting and fascinating topic to dive into.

Matt’s talk is available on You Tube.

This is an informal debate between Scott Sharrad and Kevin Rogers on “Is Christianity a force for good?” The original title for this debate was “Has organized Christianity been a force good?”

Scott Sharrad is the president of the Atheists Foundation of Australia. He was also formerly the secretary of the SA Humanists and president of The Council of Australian Humanist Societies (CAHS).

Kevin Rogers is the director of Reasonable Faith Adelaide. He is also a research fellow and lecturer at the University of South Australia. They are also both on quite friendly terms.

See the debate on You Tube 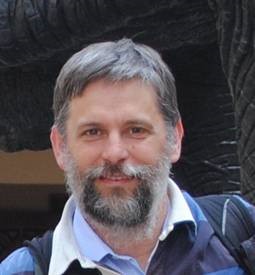