This is a brief summary of the presentation given to Reasonable Faith Adelaide on Thursday 15th of May by Dr Justin Payne. See our You Tube recording for the complete talk and discussion. See also his Geochronology Power Point Slides. 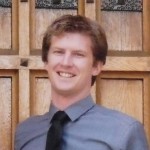 Justin was a lecturer and researcher within the School of Earth and Environmental Sciences at the University of Adelaide, but is now working for the University of South Australia. His presentation was part of our series on Old earth versus Young Earth Creationism (YEC). Justin presented the conventional scientific view on dating methods, which supports an old earth.

Geochronology is the science of determining the age of rocks, fossils, and sediments, within a degree of uncertainty inherent to the method used. Geochronology is a generic term for dating methods. However, in practice it is closely associated with radioactive dating methods. Justin’s talk concentrated specifically on Uranium/Lead dating using Zircon crystals. 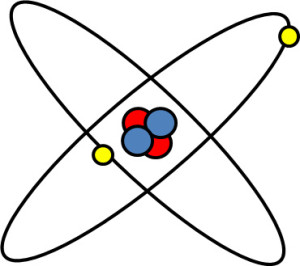 Each Uranium atom has 92 protons and so its atomic number is 92. Uranium has several isotopes. The common isotopes are 235U and 238U, where U is the symbol for Uranium and the superscripts indicate the number of hadrons (atomic weight). Uranium isotopes are unstable and undergo radioactive decay. When the elements decay they emit particles or rays and form different elements. When a nucleus decays it emits an: 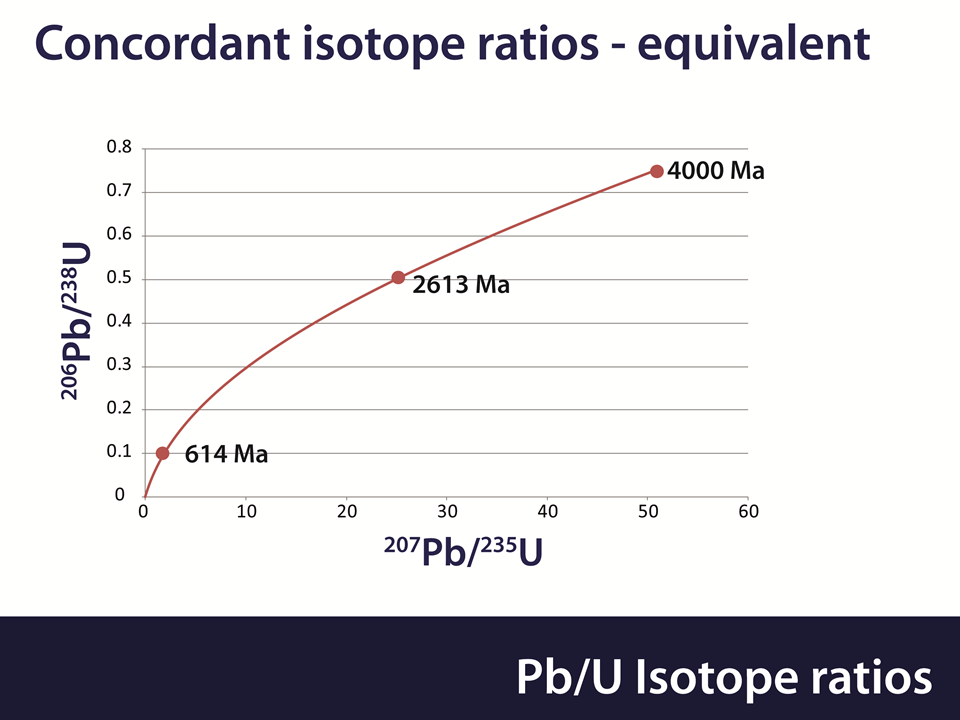 If all is well then the Lead/Uranium ratios should match each other on the red line. If they do not, then an “event” has occurred in the past, such as loss or gain of either Lead or Uranium. Methods exist for determining how long ago this event occurred.

Some Zircon crystals have defects that yield false results. However, these defects are detectable and so scientists have a reasonable idea for knowing when to reject test samples.

Justin has been dating Zircon crystals for a considerable time in diverse areas in Western Australia and South Australia. He also does the analysis of the zircon samples in laboratory facilities at the University of Adelaide. Over time the results yielded are generally consistent and affirm confidence in the technique. The claimed accuracy of the technique is better than 1%.

The first item is indeed an assumption. However, there is no evidence to the contrary and the decay rates conform with atomic theory.

The second item is not an assumption. Methods do exist for detecting loss or removal of the parent or daughter elements and also for estimating when these events occurred.

The third item is also not an assumption. For Uranium/lead dating, molten Zircon rejects Lead. This can be tested in the laboratory in the here and now. Hence, the initial composition of the Zircon crystal is known.

Justin claims that Young Earth Creationists (YECs) highlight the minor instance where dating methods do not work and do not properly acknowledge the majority of cases where they do. Geochronologists are aware of the assumptions in the method and of possible causes of erroneous readings.

This is a very simplified summary of Justin’s presentation. I suggest that you watch the You Tube recording of his presentation and the subsequent discussion.