On the 10th of October Dr Stephen Spence presented the current status of comparative religious studies and especially the influence of pagan myths on the New Testament.

During the debates between Lawrence Krauss and William Lane Craig, Krauss claimed that Jesus is nothing new. Krauss claimed that Dionysus, Perseus, Attis, Krishna, Horus, Mercury and Romulus were also born of a virgin. In particular, Dionysus (the Greek God of wine) was born of a virgin mother, fathered by the king of heaven, returned from the dead, transformed water into wine and was the liberator of mankind. Krauss also claimed that Osiris (the Egyptian God of life) rose from the dead and all mortal men could be resurrected if they followed the correct religious rituals.

The claim that Jesus is a copy of pagan deities is a common ploy from sceptics. However,

In response, Dr Spence provided a background on Comparative Religion and the historical background and current status of the School of History of Religions. This also included an assessment of the degree of influence of pagan religions on the NT. He also provided an assessment on the plausibility of the virgin birth and the nativity narratives.

Steve went over his time budget, but he is forgiven. It was a really interesting talk and well worth viewing the video recording on You Tube. Stephen provided us with Overhead slides and handouts as well as a Review of Kyrios Christus by Larry Hurtado. Kyrios Christus was one of the key publications from the School of the History of Religions, which first proposed that the divine view of Christ was derived from pagan sources. 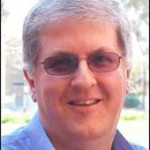 The Reverend Dr Stephen Spence is the Deputy Principal (Academic) of Tabor College in Adelaide.  He is also the Professor of New Testament and Theology. Dr Spence has international theological training, including a PhD from Fuller Seminary, and has also been a pastor in several churches in Victoria. Stephen is married to Colleen (who is also on staff at Tabor), and has two children. He supports the Richmond Tigers, and won the 2008 Tabor football tipping! – See more at: http://taboradelaide.edu.au/schools/school-of-ministry-theology-culture/faculty#spence.