Home > The Dating of the New Testament Documents 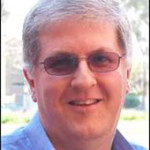 Stephen began his talk by unpacking a recent article in the Adelaide Advertiser. The journalist claimed that it is credible to believe that Jesus never actually existed and is a mythical figure. However, historians (be they believers in Jesus as a divine person and/or prophet from God or not) unanimously concur that Jesus existed as a first century man who was at the centre of a new movement in Judaism.

The events of Jesus’ life took place in a mostly preliterate culture and were memorised within oral traditions before they were transcribed into the written word. Stories and retellings about Jesus were circulating in Israel even before Jesus’ death, and Jesus told his parables and presented his teachings more than once. Therefore, the reliability of the Gospel message ultimately rests on the reliability of the oral traditions as witnesses to the events that actually happened rather than on the date and authorship of the books we now have. Stephen did however summarise current knowledge about the authorship and dating of the written sources that go into the making of the Bible.

The book of Acts records that, during the earliest days of the church, the disciples chose a replacement for the apostle Judas. Great care was taken to ensure that the new apostle was a credible witness of Jesus’ ministry and resurrection. The first generation witnesses could be questioned about the facts of the story by their hearers. During the lifetimes of that first generation the spoken rather than the written word would have carried greater authority with the hearers. Even Paul, who writes his letters earlier than the Gospels, only writes them because he was unable to visit the churches to deliver his messages in person at the time. The New Testament churches were established before the gospel records were written down. The Gospel that they knew was primarily based on the oral tradition. The impetus to commit the traditions to writing came from a motivation to retain the integrity of the apostolic witness beyond the passing of the first generation.

Stephen explained that social memory is not at all like the game of ‘Chinese Whispers’. In ‘Chinese Whispers’, only one person can hear a message whispered once and must pass it on without opportunity to question the speaker and without the speaker’s opportunity to correct the retelling. Chinese Whispers is played to get a laugh, while the activity of witnessing to the Jesus events was a serious endeavour for ‘servants of the word’ who spoke publicly and in a peer review context.

Current neurological understandings highlight the relationship between making meaning and making memories. Interpretation is central to memory. Stephen showed books on the subject of how such understandings are being applied to New Testament studies. Two books he recommended were:

Stephen highlighted the wisdom often expressed as “the 20:20 of hindsight”. Knowing how a story ends affects how we interpret and tell the beginning and the middle. Thus after Jesus’ resurrection some themes in Jesus’ teaching were reinterpreted in the light of the new understanding of who Jesus was and is:- the living Lord. All of this is recorded in the New Testament. Those who say Jesus was a mythical rather than a historical person are either: