Home > Is the Old Testament Reliable?

This is a summary of the presentation given by Steve White to Reasonable Faith Adelaide on the 24th of July 2014. 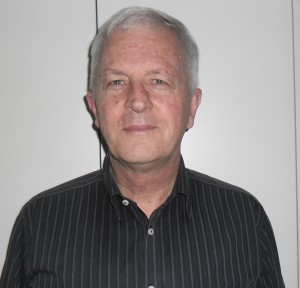 This is a summary of the presentation by Stephen White on “The Reliability of the Old Testament” given to Reasonable Faith Adelaide on the 24th of July 2014.

Since the Adelaide Chapter commenced meeting about two years ago much of its debate and arguments have been about the reliability of the 27 books we know as the New Testament (NT), which are the specifically Christian writings of the Bible. However, for many Christians, the NT is just a progression of God’s revelation that commences at Genesis Chapter 1 and continues through the 39 Bible books we know as the Old Testament (OT). Is there evidence to support for reliability of the OT?

As a starting point the 39 OT books accepted in the English Protestant Bible are those defined in Jesus statement at the end of Luke (Ch 24 v 44): ‘These are the words which I spoke unto you, while I was yet with you, that all things must be fulfilled, which were written in the Law of Moses, and in the prophets, and in the psalms, concerning me’:

This grouping of the OT books was as follows:

Other Jewish writings of that time largely confirm this list of books as being the accepted Holy texts.

The following presentation focuses on a sample of the books found in the OT, especially the early chapters of Genesis whose reliability is most often questioned. Evidence for the Flood account of Genesis 6-9 has been covered by Ray Lakeman previously and will not be presented here.

2.     Evidence from the Dead Sea Scrolls

In November 1946 an Arab shepherd boy threw a rock into a cave while searching for his flock at Qumran on cliffs above the Dead Sea – he heard jars smash and discovered the Dead Sea scrolls. Scrolls continued to be discovered in the same area until 1956. 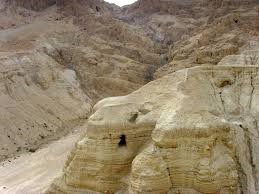 The scrolls (972 documents) are believed to be buried by the Jewish Essene sect and can be dated from 400 BC to 135AD based on the style of writing and the coins found with them. The documents contain all books of our OT except for Esther (the only book not to mention God) as well as other books and Essene communal rules. At that time all Hebrew was written in consonants only.

Prior to 1946 the oldest Jewish OT was dated about 980 AD in the Masoretic Text (MT) which is still used as the basis for the English Bible OT translation. The MT style of copying the OT books added vowels after about 600AD and also marks to assist copy accuracy. Some 60% of the OT Dead Sea scrolls can be easily correlated with the MT used for our Bible OT, especially the Law of Moses and some of the prophets, such as Isaiah. Another 20% are in a Qumran specific style based on MT, with 5% from the Greek OT translation and another 5% with the Samaritan OT. So now we can compare our OT to sources from over 2200 years ago. This has verified that the MT maintained a remarkable accuracy over that time.

The Qumran scroll of Isaiah is a 95% match to the MT used for our OT translation of Isaiah. The other 5% is largely spelling differences. Of the 166 Hebrew words in Isaiah 53, the great a prophetic chapter of God’ servant suffering for others sins, only 17 letters differ from that used for our English translation. 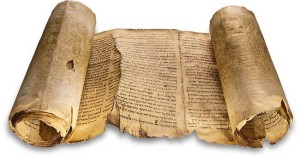 The Quality Assurance process of OT reproduction was highly effective in preserving the meaning of Isaiah passed down to us 2200 years after the Qumran scrolls and probably – by the demonstrated process in use – for a further 500 years to Isaiah’s original writing.

Apart from Genesis, Daniel is probably the OT book whose purported 6th BC date of composition is most under attack. This is because of Daniel’s accurate prediction of Persian and Greek history to succeed that of Babylon with inference of one more world power before God’s anointed Messiah. The book also predicts the Messiah would appear 483 years after the order to rebuild Jerusalem – subsequently made by the Persian King Artaxerxes in 445 BC. Sceptics maintain it must have been written about 165 BC because of its many accurate predictions of rivalry between the Greek kingdoms in Syria and Egypt that affected Judah culminating in the Maccabean revolt against Antiochus IV (ruler of the Seleucid Empire from 175 – 164 BC).

The Qumran writings show that by about 200 BC the book of Daniel was accorded the same reverence as other OT books and could hardly have been written at that time.

Chapter 5 of Daniel narrates the last feast of Belshazzar King of Babylon when he saw ‘the writing on the wall’ and offered the third place in the Kingdom to whoever could declare its meaning. This accurately reflects that Belshazzar was made co-regent with his father Nabonidus, and could only offer the third ranking place in the kingdom. This is a detail that was unlikely to be known in Judah after centuries of Persian and Greek rule. Records of Belshazzar and his co-regency were not known in recent times until the Nabonidus Cylinder was discovered in 1853.

3.     Dating of the Sinai Covenant and its Renewals

The Covenant given to Moses on Mount Sinai (Exodus 20 through Leviticus) has the structure of treaty between a sovereign and his vassals or subjects. Such treaties are known from other civilisations through history and can be compared with that in Exodus, Leviticus and its renewal in Deuteronomy and finally at the end of the book of Joshua after the people of Israel enter their promised land. The structure of the Covenant matches that of a Hittite treaty of 1400-1200 BC and not that of Aramean or Assyrian treaties 900-650 BC, indicating a date of the events and composition of Exodus, Leviticus, Deuteronomy and Joshua parallel with Hittite treaties.

Genesis 11-24 record the following customs that break the Law of Moses yet match those recorded for the Mitani Kingdom 1500-1350BC, indicating composition that is faithful to historic accuracy rather than being consistent with Jewish law:

Genesis Chapter 11 verses 20-26 list Abrams ancestors whose names can be matched to names of towns in the area of Haran in south-east Turkey:

The Ziggurat of Babel matches archaeology

Genesis 11 verses 1-8 describe the Tower of Babel made from brick, tar and mortar common in Mesopotamia instead of stone used in Canaan.

Verse 4 describes Babel as ’a tower that reaches to heaven’, similar to titles of other Ziggurats found in the area e.g. Ziggurat at Larsa – The House of the Link between Heaven and Earth.

Genesis 11 verses 10-26 list nine generations from Shem, son of Noah, to Abram including the ages of the father when each son was born. This amounts to 350 years from birth of Shem’s son Arphaxad, two years after the Flood to birth of Abram at about 2000BC.

The world’s population was approximately 600 million in the year 1650 and increased to about 2,400 million by 1950. This means that it would have doubled twice in 300 years, or doubling every 150 years,

According to Genesis 6-11 only Noah and his family—eight in total—survived the deluge about 4300 years ago. That population has to double 29½ times to get the current world’s population of ~7,000 million, at an average doubling rate of once every 152 years.

The spread of population from the Tower of Babel about 4200 years ago is consistent with latest Genome dating of Australian aborigines (as far as the evolutionary paradigm will allow):

Researchers at the Max Planck Institute for Evolutionary Anthropology in Leipzig, Germany, reported “evidence of substantial gene flow between Indian populations and Australia about 4,000 years ago”.  They analysed genetic variation from across the genome from Australian Aborigines, New Guineans, Southeast Asians and Indians. “Long before Europeans settled in Australia humans had migrated from the Indian subcontinent to Australia and mixed with Australian Aborigines,” according to the study, published in the journal Proceedings of the National Academy of Sciences. It found “substantial gene flow from India to Australia 4,230 years ago ie… well before European contact,” it said. Reference:  cosmosmagazine.com/news/ indians-broke-australian-isolation-4000-years-ago-study. 15 Jan 2013.

Babylon was founded 1903 years prior to its conquest by Alexander in 331BC according to Simplicius work De Caelo (Latin: About the Heavens), from work by Aristotle: ‘Astronomical observations made by Babylonians were taken to Greece by Callisthenes at Aristotle’s request’.

Chapter 10 lists Shinar (Sumer) and city states Erech and Akkad whose ruins and language have been reconfirmed by archaeology in the last 150 years as well as Babylon and Nineveh which have been known throughout history.

The Sumerian King List is an ancient record (circa 1800 BC) of the kings of Sumer and Akkad, originating in the late 3rdM during the reign of Utu-hegal king of Uruk (Erech in Genesis 10).

According to Dr Clifford Wilson in The Stones Still Shout p12 – A creation tablet found at Ebla in Syria dated circa 2200 BC  ascribes the works of creation to one great being, ‘Lugal’, literally ‘the Great One’ who brought creation into being from nothing.

Whereas the later creation account Enuma Elish (‘When Above’) are Assyrian copies of earlier Babylonian creation story collected by Assyrian King Ashur-bani-pal about 700-626B.  Earth was created by the God Apsu (freshwater ocean) and Tiamat (saltwater ocean).  They then created other god’s but these displeased Apsu, and he decided to kill them all. Ea another god heard this and killed Apsu. Marduk patron god of Babylon was then born. Soon other monster gods were created.

The Qumram scrolls demonstrate that the transmission of the OT text has been reliable since 400 BC. It seems reasonable to extrapolate this back to the times of their authorship, but this does not prove that the original accounts are historically accurate. There is currently no explicit external evidence for the events of the Bible prior to Kind David (about 1000 BC). This is mainly due to the fact that the evidence fades out the further we go back. However, there is a significant amount of circumstantial evidence that shows that the historical events described in these ancient stories match the habits of their times and are at least plausible.