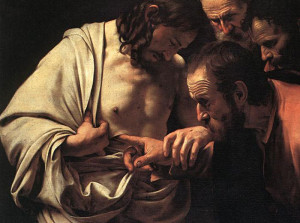 This is a summary of Steve White’s presentation on an argument for the resurrection on the 27th August 2015. A You Tube recording of his presentation will be provided shortly.

Arguments for the existence of God such as the Fine Tuning Argument, Kalam Cosmological Argument or Principle of Sufficient Reason point to a creating intelligence but do not identify who or what that is. Various societies and faiths have different creators, so which is right or are they all variations of the same?

Is Pluralism the Answer?

Chapter 17 of the Biblical Book of Acts records that when Paul reached the ancient city of Athens about 50CE he found it full of idols to different Gods including a statue to an unknown God – just in case they had not found him yet. Even today we can see multiple images on the Acropolis in Athens. When the Athenian philosophers asked Paul to explain Christianity to the Aeropagus, the religious high court of the city, he said that there was only one God and that was proved by his resurrection of the man appointed as judge of the world.  How could Paul dare to make such a claim?

The salient historical claims of Jesus’ resurrection are as follows:

Record of His Death

Two independent accounts of the events of his death match those given by the Bible Gospels:

The fourth Gospel (likely written about 90CE) records an eyewitness account of a Roman soldier verifying Jesus’ death by spearing his side and watching blood and water flowing – evidence of the pierced sac around his heart. This appears to be recorded to quash the heresy of apparent death emerging then and current even today.

According to the late John A. T. Robinson of Cambridge University, the burial of Jesus in the tomb is “one of the earliest and best-attested facts about Jesus. “  No other historical record exists.

His Tomb is Found Empty by Women Followers

Women were regarded as unreliable witnesses under Jewish tradition of that time, so why risk the account if that was not what happened.  It also lacks fantastic embellishment of the resurrection found in later Gnostic gospels.

About 20 years after Jesus’ death Paul writes an open letter to the church in Corinth listing up to 500 of those who had seen him alive most whom still lived.  Anyone at Corinth could have confirmed this by visiting them. Paul’s letter also matched the Gospel accounts by different writers.

Even Gerd Ludemann, a leading critic of the resurrection, accepts: ‘It may be taken as historically certain that Peter and the disciples had experiences after Jesus’ death in which Jesus appeared to them as the risen Christ.’ Gerd explains the appearances by Freudian analysis of the disciple’s wish to see Jesus again.

The Disciples Did Not Expect Jesus to Rise at That Time

Jewish beliefs about the afterlife precluded anyone’s rising from the dead to glory and immortality before the general resurrection at the end of the world.  Jesus disciples could hardly then have pre-planned something they did not believe in.

Also the women went to his tomb to continue his embalming.

Something Dramatic Changed Their Minds

The disciples and his previously sceptical step-brothers were prepared to go to their deaths following their experience of the risen Jesus.

Down through history various alternative explanations of the facts have been offered: