Creationism and atheism in antiquity by Dr Leonard Long

“Creation versus chance in antiquity” by Dr Leonard Long

To participate clickon the following link: 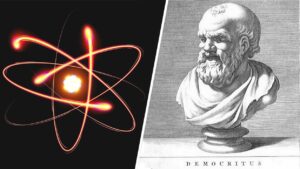 When Paul arrived in Athens (Acts 17: 16-32), a group of Epicurean and Stoic philosophers began to debate with him, and they gave Paul the opportunity to speak to the Athenians in the Areopagus. For the previous 450 years, Greek and Roman philosophers had been debating God(s) versus chance in creation, and this debate continued for a further 250 years after Paul’s speech.

The debate began in 400 BC, when Democritus introduced the concepts of atomic atheism, the infinite power of chance, evolution, and determinism. This triggered Socrates to argue for God’s existence based on arguments from design, the power of the mind, and a predictable cosmos. Later, Epicurus invented naturalism as the framework for understanding science. Then the Stoics became the greatest intellectual opponents of atheism for 500 years, inventing systematic arguments for creation until atheism faded from the classical world by 300 AD. Why did atheism fade out?

Leonard is a retired doctor and has spent much of his retirement studying the historical development of thought and ideologies in Western culture.